This weekend, as with most weekends, I spent the time playing tennis with my son. My grandson comes along and he is our official “ball boy.” He watches for stray balls and chases them down for us.

As with most toddlers, he has a limited attention span. He is, after all, only 2 years old. His mom brings chalk to keep him occupied in between the times that we need him to chase balls.

Because we have given him the option of doing something other than chasing balls, he no longer performs as well when it comes to chasing our tennis balls. He still chases the balls, but he chases them with chalk clenched in his fists. Because he has the chalk clenched in his fists, he really struggles when it comes to picking up the balls and tossing them back to us.

His solution? He swings his leg back and tries kicking the tennis balls back to us instead of throwing them. Because the tennis balls are not as large as the balls he usually kicks around, he really struggles connecting with the ball.

The take away here? Multitasking is not all it is cracked up to be. Monotasking is really a better way to go. You may have multiple tasks to do, but it is not possible to do them all at once. In the end, you only end up performing each task half as well.

When you work as an in-house lawyer, your list of things to do will always be long. There will never be enough hours in the day to get everything done. Whatever you do, avoid the temptation to try to do more than one thing at once.

Business analyst Shelley-Rose Moghrabi Illig said it best in response to my recent LinkedIn post on the subject:

Amid today’s hustle-and-bustle expectations, monotasking really is the way to go … Multitasking can not only lead to divided attention, but that divided attention can also lead to potential problems and risks, because each task is only getting some of your attention, and not all of it.

So. Put down the chalk and let’s play some tennis! 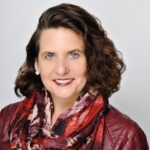 Lisa Lang is an in-house lawyer and thought leader who is passionate about all things in-house.  She has recently launched a website and blog Why This, Not That™ to serve as a resource for in-house lawyers.  You can e-mail her at lisa@lawyerlisalang.com, connect with her on LinkedIn, or follow her on Twitter.

Gird Your Loins for the Holiday Season

WTF? The Trademark Appeal Board Weighs In on Failure to Function Refusals