Ellen Freeman immigrated from Odesa, Ukraine, to Pittsburgh almost 30 years ago. And although her family always planned to leave—she grew up learning various languages so that she could communicate wherever they settled—moving to the United States as a young single mother was one of the most difficult things that she has ever done.

The country would not recognize her master’s degree, and instead of doing nonprofit management like she did in Ukraine, Freeman got a job as a waitress and later sold DKNY athletic clothing at Saks Fifth Avenue.

She was scheduled to get a job in human resources at the department store, but that still would not be enough to cover expenses for herself and her children. So Freeman enrolled full time at the University of Pittsburgh School of Law while concurrently pursuing a master’s degree in public policy from the university.

There’s a long wait for work permits, she says, and it seems like interest in coming to the United States has decreased from when she moved here, in part because the country can be difficult about recognizing degrees from other countries. She’s also involved in finding orthopedic surgeons and children’s hospitals to help Ukrainians coming to the United States who have been injured by warfare.

Want to listen on the go? Asked and Answered is available on several podcast listening services. Subscribe and never miss an episode.
Apple | Spotify | Google Play

This podcast was brought to you by our advertiser, LawPay. “Did you know that attorneys who accept online payments get paid 39 percent faster on average than those using traditional payment methods? With LawPay, the only payment solution offered through the ABA Advantage program, you can accept client payments online, via email, or in person—no equipment needed. Visit LawPay.com/podcast to sign up and get your first three months free. Trust the #1 payment solution for the legal industry—LawPay.” 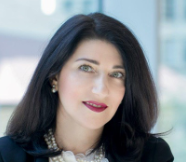 Trump, The Big Lie, And The 2024 Republican Primaries

Banks Are Sending Legal Work Outside the Am Law 200: The Morning Minute

The Evolution of Interim Legal Staffing

ETHICS AT THE WORKPLACE – Elawvation